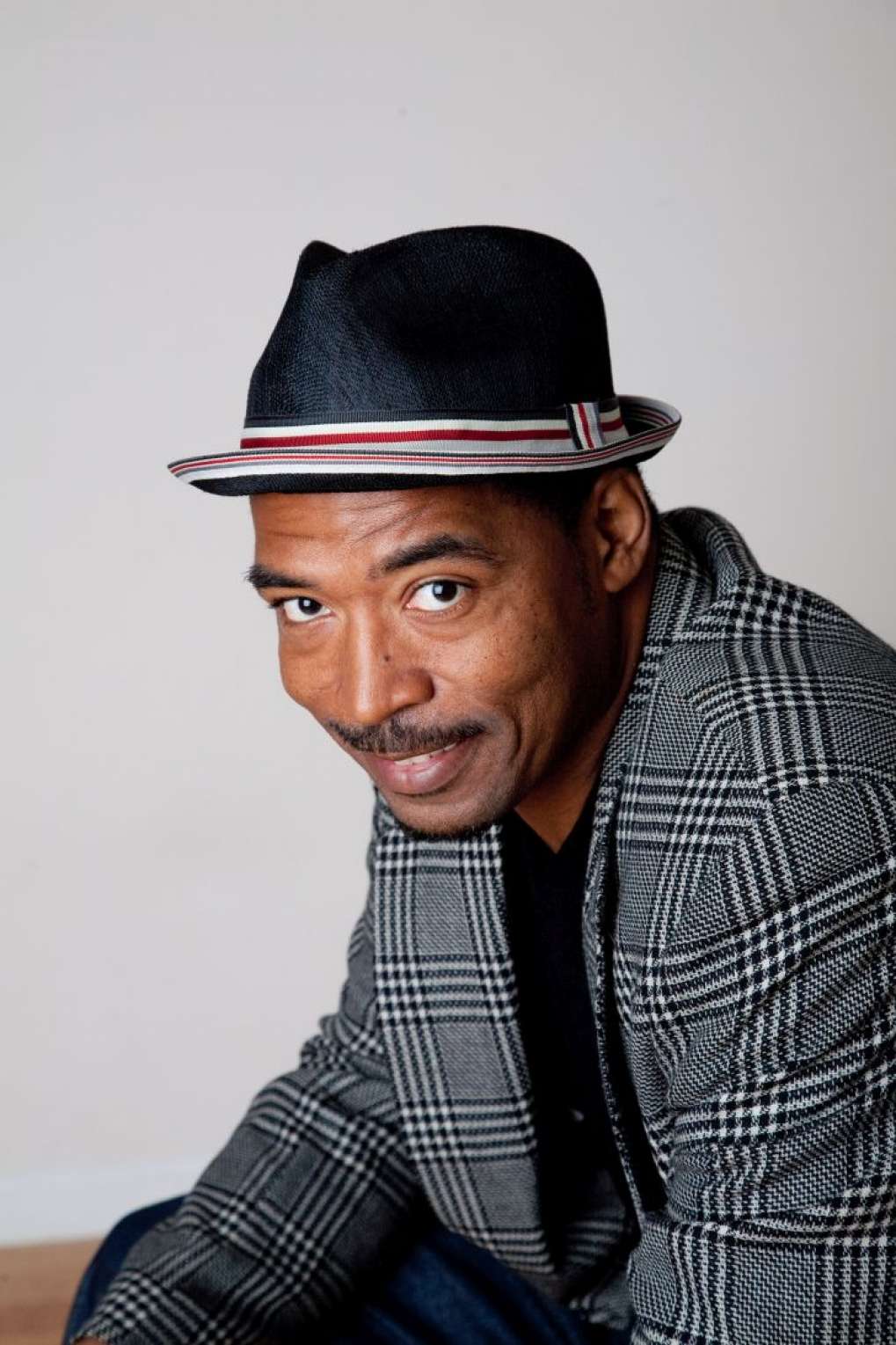 Comedian K Jay: “I love to get on people’s nerves”

My introduction to the gifted comedian K Jay did not quite endear him to my heart. We were both sitting in at Sol Testimony’s Soul Jam open mic and, unluckily enough, I happened to go on directly before K Jay. Whereupon he spent a good half his set roasting me like Sunday dinner. To make bad matters worse, he was so funny at it that I couldn’t get offended. I was too busy howling in hysterics. Still, I made a mental note to never go on and sing ahead of that guy taking the stage anywhere ever again in life.

Been an admirer ever since of his sardonic, laid-back style and bone-dry wit. He could walk into an empty room and hysterics would break out. He’s best known on YouTube for the incredibly popular video Whopper Freakout (Ghetto Version), for which K Jay joined Asa Thibodaux and Kevin Craft as the Rejected Brotherz of Comedy. You can catch his hilarious stand-up, when he’s not on the road, at Twin Cities night spots including Acme Comedy Club and Scott Hansen’s Comedy Gallery.

K Jay swung by my apartment the day after he played a bill at Club Underground with Tiffany Norton and headliner Fancy Ray McCloney, at which K Jay covered such ground as the lighter side of applying for a job, Brett Favre’s wife, and the prospect of the government using a collection agency to find Osama bin Laden. We talked about his approach to the craft and what’s going on lately with his career.

You been working on new material?
Sometimes at open mics. We have a lot of open mics in the Twin Cities. But then some of them are hit and miss. You can’t get a barometer for new jokes if [the audience] is all comics, ’cause comics [tend not to] laugh at other comics’ material. You almost have to work in on shows. Your regular touring show.

What’s some of it been about?
Oh, what you might expect. Relationships. Also a bit on reality shows.

The keys to comedy are timing and material. How did you come by your timing?
Timing is being poised. Being in a comedic moment, it means centering yourself, pacing your words, sometimes faster, sometimes slower on a different joke. Or pausing. I work night in, night out. Tirelessly. Sometimes it’s about allowing certain material to catch up to people’s brains and have them digest it. I get my material from [messing] with people. I love to get on people’s nerves and see how long they’ll ride with it.

Well, I know that for a fact.
You should. Much as I do it to you.

Relationships. You taped an episode of Divorce Court, didn’t you?
My wife had never been to L.A. Rather Santa Monica. She wanted to go to California. So, I said, “let’s go do Divorce Court.” The travel free. Hotel. You get paid to go on the show. We went. The show was great. It airs in fall sometime.

You spend a lot of time on the road?
I do. And I give young comedians their first feature when I’m out on the road. It’s a good feeling to help a younger comic out.

You and Fancy Ray often do bills together. How was it at Club Underground?
It was cool. It was fun, man. I had a good time.

You’ve been doing more work nationally these past couple years.
Absolutely. I was with Lewis Black for the Detroit Comedy Festival, opening night, in March. It’s on YouTube. I’ve been in Houston at the Laff Stop, the Gotham in New York, Comedy Store in Los Angeles.

So, your career has picked up solid traction. How’s it feel?
It’s bittersweet. When you workin’, it’s sweet. When you ain’t, it ain’t. You have to pound on doors, keep knockin’. Gigs are not gonna come lookin’ for you, you have to go out and get them. I’m trying to get in with new bookers. An agent came down to see my last show. You have to work to get work.